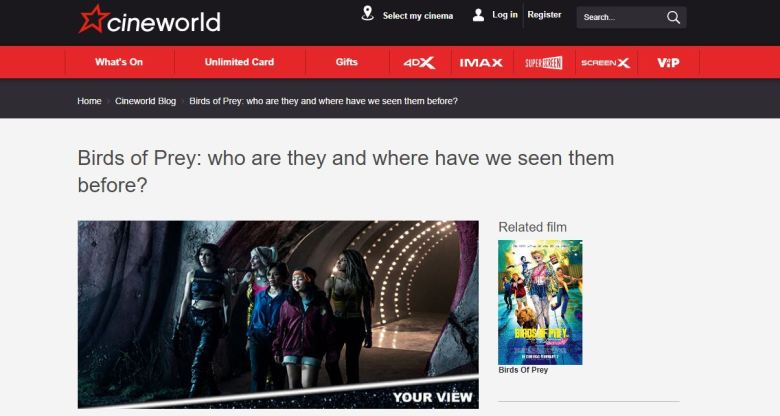 “In 2016’s Suicide Squad, Margot Robbie’s antihero Harley Quinn stole the show hook, line and sinker from her villainous DC cohorts. No mean feat considering the presence of Will Smith’s Deadshot and Jared Leto’s Joker. With a mouthful of Hubba Bubba and baseball bat in hand, Robbie made an icon of Harley Quinn, inspiring cosplay choices, hair dye hues and dubious New York accents the world over.

And while the other Squaders have gone their separate ways, Quinn is now being treated to her much-deserved spin-off movie – with a fantastically ridiculous title to boot. Directed by Cathy Yan, Birds of Prey (And The Fantabulous Emancipation Of One Harley Quinn) is ready to hijack the box office this February – and this time, Harley’s got a whole new flock of friends to play with.

Helena Bertinelli/Huntress is a hero who always hits a bull’s eye with her crossbow, although Birds of Prey actor Mary Elizabeth Winstead ditches the cape and cowl of her comic book incarnation.

Huntress’s mission to take down organised crime in Gotham City is the result of a Mafia hit on her family, but her methods sometimes cross over into the suspect. Reminiscent of another certain vigilante, perhaps? That’s because Bertinelli was hugely influenced by none other than Batman himself.

Winstead is no doubt most famous for her role as Ramona Flowers in Edgar Wright’s candy-coloured, frenetic Scott Pilgrim vs. the World. In the movie, her new beau Scott (Michael Cera) has to battle Ramona’s seven evil exes to win her heart. Said exes come in the form of comic book legends Brie Larson, Chris Evans and Brandon Routh.

Winstead has also fought her way out of captivity in the riveting thriller 10 Cloverfield Lane and took on Kurt Russell’s maniacal stunt driver in Quentin Tarantino’s Death Proof. Something tells us she can handle what Gotham’s got to offer.”

With potential spoilers, please follow this link for the rest of my Cineworld feature on the Birds of Prey.