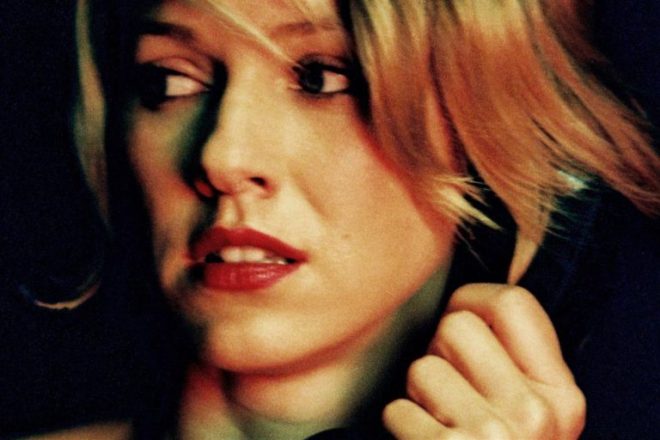 Welcome to Take Two, the series that’s big enough to hold up its hands and say “I was wrong.”

From your first watch to your second, has a movie gone from marvelous to meh? Has an initial viewing ever left you cold, only to later warm the cockles of your heart? Have you ever been so stubborn, “anti-mainstream” and cantankerous that you’ve point-blank refused to admit that a certain film has any merit at all whilst everyone else claims it’s the cinematic second-coming? Then you’ve come to the right place.

The David Lynch resurgence is in full swing: TV audiences are in the throes of Twin Peaks fever again; David Lynch: The Art Life performed well on the festival circuit whilst Mulholland Drive has been treated to a 4K restoration and re-release after being named BBC Culture’s Greatest Film of the 21st Century by BBC Culture. That’s a lot of people pretending they know what’s going on. With that being said, Take Two journeys back to Mulholland Drive.

Mulholland Drive in One Take

David Lynch was a director that I knew I was supposed to like: an auteur whose work was unconventional, uncanny and surreal to the point which the term Lynchian was invented to represent it. However, there seemed to be a disparity between those who said that they liked Lynch, and those who actually liked Lynch.

His debut feature Eraserhead (1977) was better known to me in its poster form, adorning many a student wall alongside Betty Blue and Che Guevara, with students equally unfamiliar about each, in my experience. The Elephant Man biography in 1980 furthered Lynch’s interest in the outcast through a more mainstream lens. Or so I’m told; I was banned from watching it at an early age. 1984’s sci-fi Dune, however, was based on the Frank Herbert novel and for me, sat happily alongside Star Wars and Flash Gordon: something that surely makes Dune a worthy future Take Two, even if just for Sting‘s performance.

Blue Velvet (1986) birthed an iconic performance from the late Dennis Hopper as the disturbed and deviant Frank Booth, most memorably huffing from his gas tank (reportedly, full of helium), whilst Wild at Heart (1990) was often cited as an influence on True Romance and Natural Born Killers, both of which I was a huge fan (although that didn’t translate to Wild at Heart). Finally, Lost Highway’s soundtrack featured everything from Bowie to Lou Reed, Nine Inch Nails to Smashing Pumpkins, but, at least to me at the time, no memorable narrative or events.

In short, I don’t think me and Lynch would get on.

Mulholland Drive (2001) first caught me by movie magazine recommendation, further reeling me in by the trailers’ tales of Hollywood’s seedy underbelly, film production power plays and the promise of self-discovery. Or, as a popular television provider now describes it: “Mobsters, dwarves, amnesiac lesbians in Hollywood.” How could you say no to that?

So, hell-bent by my determination to “get” David Lynch, I settled down to my second favorite Mulholland (after…Falls). Originally produced as a TV show pilot which never made it to air, Mulholland Drive revisits the director’s vision without the ABC network cramping his creative chic. Unfortunately, I agreed with ABC, and lasting impressions of the film were, well, few and far between.

The relationship turns intimate (I remember those bits) and soon we’re dealing with a dead actress and the repressed memories/sexual fantasies of Watts’ character. Oh, and tiny people that crawl out from under the doors. Yep.

I’ve always had beef with the standard of acting in Lynch productions. I struggled with the soap opera-style exaggerative gestures, and this was a huge problem for me with Mulholland Drivethe first time around. Harring, in particular, reminded me of that old Hugh Grant ‘joke’: “So wooden, it was like someone threw a chair into the room.” Not very big or clever, but you get the point.

A Twitter friend said he struggled with the film and only really remembered the scary man. Huh? There’s a scary man? I remember that Twin Peaks’ The Man from Another Place (Michael J. Anderson), AKA The Arm, AKA The Dwarf appears in a Red Room of sorts, but something’s definitely amiss with my memory, never mind Rita’s.

What I do remember, though, is that it made more sense to me than Lost Highway; the young me clearly needed a more linear narrative and straightforward direction. I certainly needed things spelled out for me to a degree and that’s the last thing Lynch wants to do. I’m not ashamed to say that I didn’t have a scooby as to what was going on after the realization that Betty is the dead actress either. You know that episode of The Simpsons where Homer’s just watched Twin Peaks and responds with “Brilliant…I have absolutely no idea what’s going on”? That.

All of Lynch’s calling cards are present from the outset, particularly the lingering scenes: the title sequences follows a limo as it weaves through the Hollywood hills, evoking the Torrance’s car in The Shining opening. The same sense of foreboding is inherent in the long wandering scene through the parking lot from the diner to the “scary man.” It’s excruciatingly tense, and the jump scare still gets you after all that.

Angelo Badalamenti’s score conjures the same spirit of jazz that haunted Twin Peaks and complements the content perfectly: all off-beats and haunting sax refrains. The links persist through the Red Room and Anderson’s character, which are at once jarringly unsettling to anyone who’s experienced Twin Peaks. But instead of evoking some dreaded “expanded universe,” such crossovers to previous Lynch work somehow feel incestuous and unnerving as opposed to comforting and familiar.

Similarly, my newly found familiarity with Twin Peaks prepared me for the soap style acting, which now presented itself from a different perspective. Whereas in Twin Peaks it was (hopefully) subverting the genre, Watts’ acting is deliberately ham-fisted as she exudes excitement about her move to Hollywood…until we witness her audition and eventual breakdown. At this point she delivers a virtuoso performance that highlights just how masterful her “ham-fisting” was. Think Lennon skilfully singing slightly off-key.

It’s not all so serious, though. There’s humor to be found, particularly on the bungled hit for a book of phone numbers, which verges on violent slapstick before turning into a hoover homicide. Director Adam (a fresh-faced Justin Theroux) also provides comic relief with his blowouts and temper tantrums, especially when he comes a cropper after challenging Miley Cyrus’ dad to fisticuffs.

Lynch proves to be a master of direction throughout Mulholland Drive, most efficacious in the Silencio club scenes. The audience is force-fed the fact that everything they see on stage is pre-recorded, but the powerful rendition of ‘Llorando’ moves them to the verge of tears, before they’re ripped back to reality, the singer collapses… and yet the singing continues.

Is it still weird for the sake of being weird? Nope. The odd and obscure feel apposite as soon as we realize that all is not well with Watts, and this is the hook that Lynch keeps us squirming on. The plot unravels skilfully from clue to clue, even when they seem peripheral. The “scary man” from the car park later seems so removed from the narrative that when he re-emerges at the climax, he’s all but been forgotten about. And you jump all over again. Who is it though? Does it matter?

But what was in the blue box that is eventually unlocked? Merely a MacGuffin or something more mysterious than that? You know what? I don’t need to know. I didn’t need to know the contents of the briefcase in Pulp Fiction. Or the last words uttered in Lost in Translation. So why do I need to know this? Why do you?

All I do know is, it’s still lingering in my mind days later.

Referenced earlier was my urge to “get” David Lynch: to fully understand the intricacies of the worlds he creates and to have an explanation for every extraordinary occurrence. Why? Shouldn’t film, as an art form, make us question our beliefs and our perceptions? To plunder the imagination and the neuroses? Mulholland Drive achieves this and then some. In questioning perceptions, it’s raised questions about the rest of Lynch’s work and an urge to go back and find answers for myself.

I think maybe me and David do get on.

Which films do you think deserve a Take Two? Let us know which and why in the comments and see if you can change our mind.