I’m talking  about film, of course. Film has been instrumental in forming some of the friendships and relationships that are of most important to me. Film has influenced the language that I use, the books that I read and the music that I listen to. Most of all, film has been there for me at pivotal moments in my life; it’s a BFF who’s just as comfortable dumbing down with beers and pizza as it is engaging in existentialist chit-chat. In short, film is my everyday and film is my life.

To illustrate my point and exorcise my addiction, each week I will shed a tiny glimpse into how film affects my every day. Are you ready? 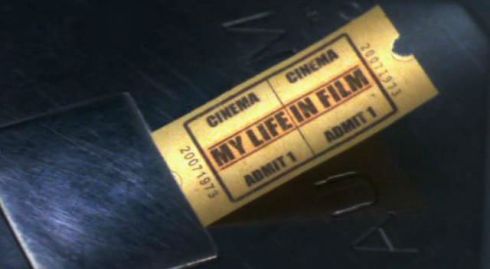 In preparation for the release of Star Trek Into Darkness, I reduced my wife to tears with my dual re-enactment and re-telling of the final moment between Mr Spock and Captain Kirk in Star Trek II: The Wrath of Khan. Complete with Vulcan hand gesture and convincing glass barrier mime, it’s fair to say my performance was better than Shatner’s. “I have been…and always shall be…your friend.”

What are your My Life in Film moments? Let me know in the comments.